Today, when I was browsing through olpc news, I read about an article on porting mplayer to XO.
Oops..!!
Well for the people who are not quite familiar with OLPC or XO. A short intro, OLPC stands for "One Laptop Per Child", it's an organisation which is developing a laptop and related content for children. And their aim is to make this laptop available to each and every child, as the name stands. For more info one can go here.
Well now coming back to the point, yeah mplayer. It rocks.. man..
The first movie that i watched on it was Death Race. And I must say that both the things(XO as well as the movie)  complimented each other. Awesome movie and an awesome experience watching it on XO....
If anyone wants to do the same here is the link...
Posted by Unknown at 6:21 AM 3 comments:

Finally, after close to around 7 months of hard-work, I am pleased to announce that we have released a alpha version of FoodForce 2 game which we have been developing in co-ordination with OLPC and WFP. I have working as a Lead Developer. And yeah it's fun, developing a game is always fun.

FoodForce 2 has been designed to educate and motivate people to solve world hunger. Since the OLPC laptop reaches out to the developing and third-world countries, it also educates children and teachers in a village on how to achieve self sustenance in a fun and non-intrusive way. It also provides awareness about the work WFP has been doing for the past many decades to abate the problem of world hunger.


FoodForce and is aimed at both XOs and Windows.
Link to Download Page: http://code.google.com/p/foodforce/downloads/list

I hope that you guys play the game and like it. Any kind of feedback, help and criticism and words of appreciation would be highly appreciated. You are welcome to send in your feedbacks at foodforce2@gmail.com
Posted by Unknown at 11:29 PM 2 comments: 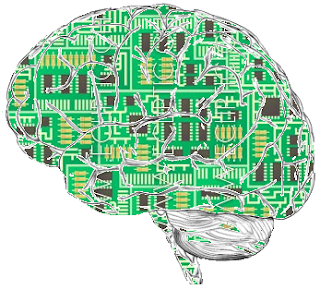 Well first of all for people who have not been able to guess the meaning of 'AI' in the title, it refers to Artificial Intelligence.
And yes now coming back to the question, the question can be answered in a very simple way as, " I consider myself intelligent, thus I like intelligent people and also deserve my gadgets and machines to be intelligent". But there is more to the story. The above answer doesn't applies to me for many reasons, firstly, I am still not sure that whether I am intelligent or not and secondly, I don't like people on the basis of their intelligence and if I go on counting the number of friends of mine who are intelligent(or say considered to be intelligent, I know that all my friends are phattebaj, but still) and those who are not considered intelligent, it's the second group who is going to win.
The reason I like AI is that it's something which is considered as tough so in general, you can take as much time as you want to solve the problem and the fun part is that you are not sure that whether you would be able to solve the problem or not (this reminds me of codexcite organised by Sharat, even he used to be unsure about the existence of the solutions of those problems, but anyways). And yeah there are no limits you can make it as simple as you want and go into as much complexity as you want to go into. But, one of the major reasons why my interest persisted in AI is the secret that I almost always suceeded in solving the problems (mind that almost).
The Journey began with a "Cross n Naughts" game, in class 11th. I went a step further by not only making a game which could allow two players to play a game of cross n naughts, it had the facility of allowing the player to play against the computer. Luckily, ( well I shouldn't be using lucky here as at that time I used to work hard )  I was able to get an efficiency that the computer would either win or get the game draw against the player. And the biggest achievement was that it was made in TurboC .
Then came along the "Sudoku Solver" and even that worked (I was still quite hardworking). Which also helped us to win the sudoku challenge in Innovision last year (yes, u r guessing it right, there is a portable computer known as laptop).
And there was also a failed attempt for applying AI to a game of Chess,(remember the 'almost' at the end of last paragraph) I would like to give the credit of this failure to limitations of TurboC , sadly my code always hanged and I was tired of debugging it again and again.
And then finally came, AI Challenge (yes, it should have been kept in bold) , it started with a meeting with Deepank sir, and then came the phases of endless nightouts to make a code to play it out in an arena with Voldemort. The very much hyped mega event AI Challenge, which luckily (we were seriously lucky this time) went fine.
But, we learnt our lessons and came back with a bang with AI Challenge (yes, again it required a larger font too) at Innovision'08 , we made it bigger and better and from my expectations point of view a lot better. We were no more using TurboC , no file handling involved, no damn threading involved. In short, we added a hint of KISS to it and it clicked. And yes, this time Luckily I got quite hard working juniors, Vijit and Chirag, to work on the game ( do notice the word lucky this time). We got participation from IIT's, IIIT's, and yeah DCE and from even the colleges at the other end of the country, mind you Chennai, and quite a lot of credit for this goes to the juniors(Vijit and Chirag). But still, the people  from NSIT rocked when it comes to AI, the winners were a team from NSIT only.
And now the little bit of Intelligence left in me, says that I should finally end this post as the answer seems to be almost complete.
Comments Welcomed!!!!

"Hello World", this phrase is used by most of the coders when they write their first code in any programming language. I thought why not to start with it as my first post. This signifies my Hello to the Blogging world.
I would like to use this blog as a medium to communicate my ideas and methodology (Thass baji) with the community(all the vella frns of mine).I also hope that the comunity likes my posts and cherishes( maybe say M2L2) them and any comments and suggestions would be Welcomed.
And now before you close this tab, I would like to sign off ( don't underestimate me in this task, this is a thing which I do in style and quite well )
Regards,
Mohit Taneja
Hey one more thing do we sign off a Blog???
Ok, yeah Finally, I accept, Yes I am a noob. But, Don't worry even a Noob becomes a Pro someday.
Well anyways if you know the answer to the question above, just drop a comment.
Anyways, here I sign off once again...
Regards,
Mohit Taneja
--

Steve Martin  - "I like a woman with a head on her shoulders. I hate necks."
Posted by Unknown at 9:05 AM 5 comments: